Back to top Portfolio

The BBC returned to Edinburgh this year for 24 days of live shows, broadcasts and special events. FE Live were awarded the audio contract for the site on the grounds of George Herriot’s High School, famous for inspiring JK Rowling’s Hogwarts School in Harry Potter.

The site provided a number of challenges, with a mix of radio shows, music, entertainment and live TV Broadcasts being produced on site, all culminating in over 500 hours worth of material for the BBC to use throughout the year.

The ‘Blue Tent’ is where most of the TV and Radio live and recorded broadcasts were produced. The tent resembled a TV studio set, with a capacity of 370 seats. We chose d&b V-Series for the main PA flown to avoid intruding on TV camera site lines. For additional fills we relied on the discrete d&b E6 and E8 boxes. Our cardioid d&b V-subs offered an excellent solution to reducing offsite sub bass levels, where often school lessons were run at the same time as shows in the neighbouring George Herriots.

Outside in the Garden we used d&b V7p’s with V Sub to provide coverage to those listening to live entertainment and enjoying a drink in the sun (sometimes!), along with distributed d&b Y7p and Y10p around the perimeter of the site, providing a means of public address for the BBC hosts and background music.

“You guys made Edinburgh very easy for us and we really enjoyed working with you.  It’s a top team you’ve got there – professional, talented and good fun to be around (important on a month long show!).  I really hope we get to do it again”

Mark Ward, Head of BBC Outside Broadcasts for Edinburgh Festivals 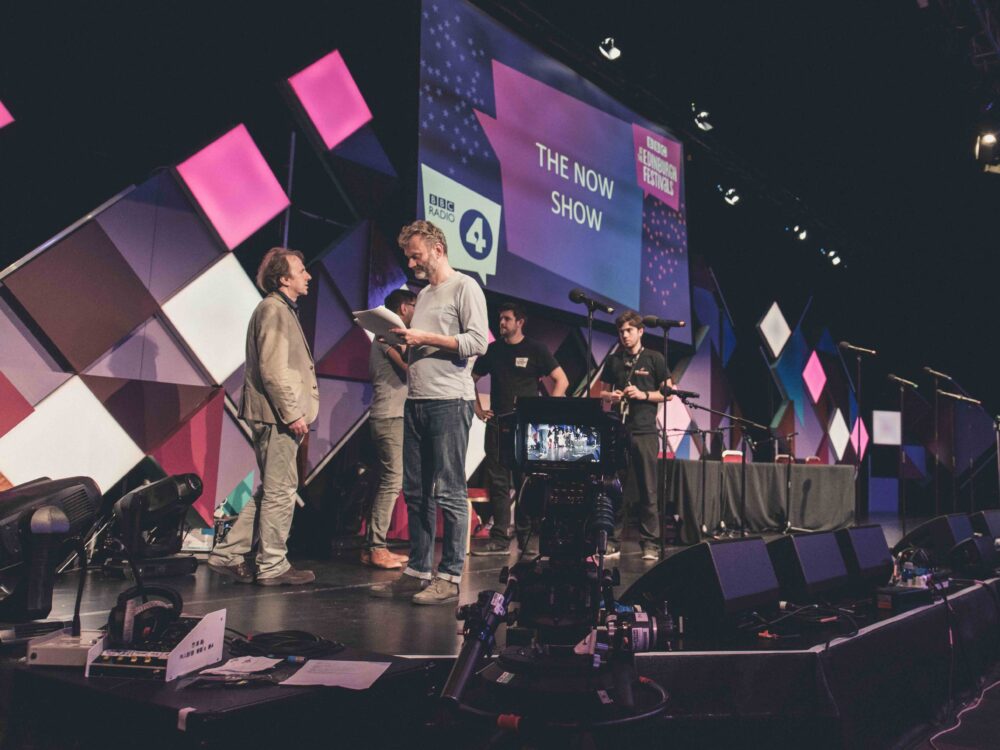 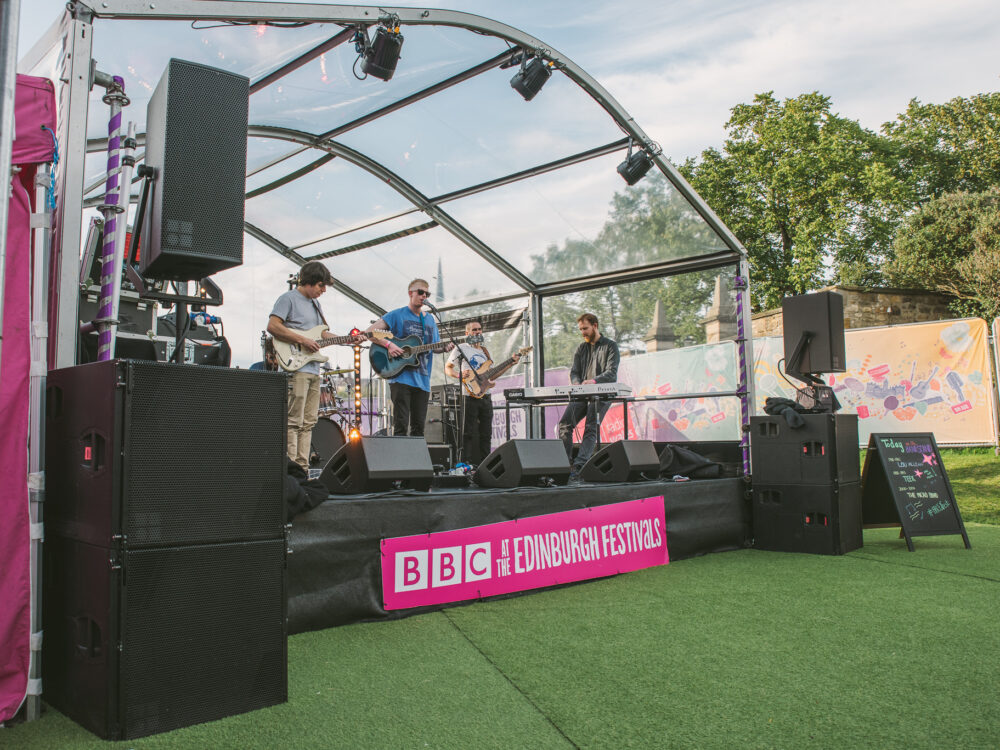 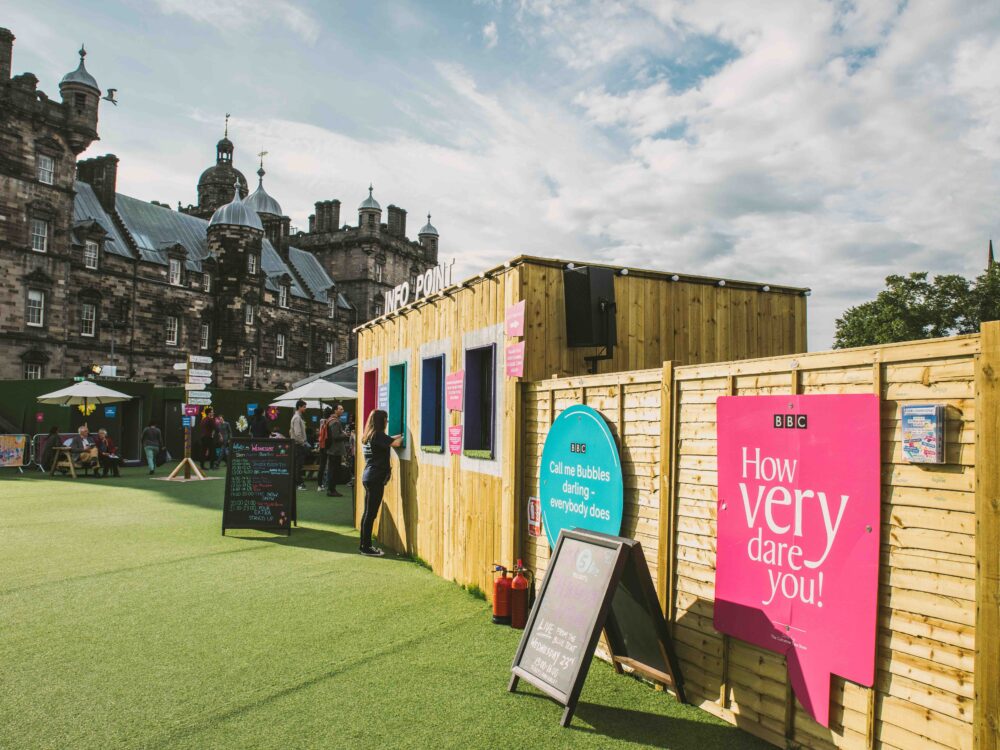